The lodge has a long and venerable history, many reminders of which still remain in the
form of its distinctive New England fieldstone fireplace and the hand-hewn timbers that
still support its walls and beams. Local historic documents tell us that the original
farmhouse and barn was built in 1857 by a couple called Nathan and Mary Maria
Chauncey Adams.

They called it Combination Farm.

A typical small-holding of the time, Combination Farm, would have been what was known
as a 'connected farm complex' with a 'big house', which acted as the family's home, a
'little house', which contained the kitchen, a 'back house', which was a wagon house; also
a typical 'New England Barn', which was connected to the 'back house' and served as a
shelter for sheep and cows. Indeed, in 1881, a local business directory tells us that
Nathan Adams had 13 dairy cows grazing on 200 acres of prime farming land. What's
more, when Nathan Adams died he left behind a unique legacy – a daily diary of farming
life in early America, which still serves as an invaluable historical resource and continues
to be worked on by Nathan's grandson, also called Nathan Adams. 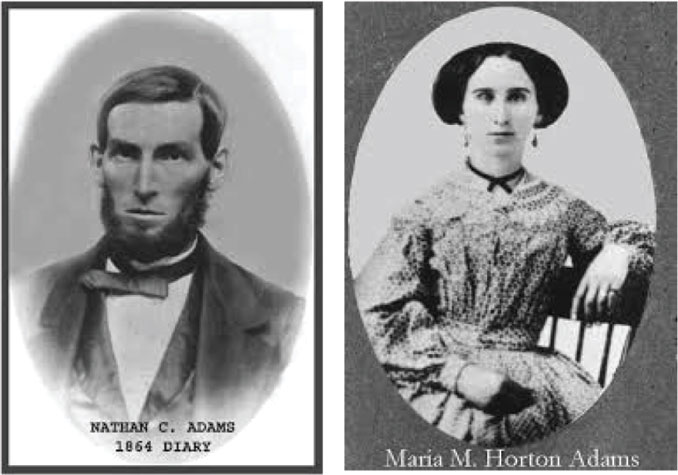 When the original Nathan Adams died, his wife, Maria, was forced to put the farm up for sale. We don't know why; but we do know that by 1901 it was owned by a man called Eli Blanchard. This is not the end of the farm's tie to the Adams Family, however, because local history also recounts that by 1907 Nathan's son, Chauncey H. Adams was running a saw mill on the Thundering Brook stream, which then traversed the meadows of the farm.

In 1920, Chauncy had enlarged the family farm to a total acreage of 600 acres which
comprised the original Combination Farm plus a tract of meadow that bordered the
stream. Chauncy sold the farm to a man called Ali Boutwell who sold it to one W. H.
Hulett. At that time Vermont was famous for its maple syrup and Mr Hulett, not only
planted maple trees, but he also sold maple sugar and syrup in his new 'Combination
Cash Store', which was located in the nearby town of Rutland and was one of the largest
suppliers of goods in Vermont at that time.

The maple trees flourished as evidenced by the fact that, by 1932, a certain Howard
Townes and his father, Andrew, had founded a much larger maple sugar operation on
Combination Farm. But it was not until George Kent bought the farm that it finally lost its
original and rather charming old name of Combination Farm. It was George who decided
to rename his new farm Kent Farm; he also renamed the farm's stream, which was
then called Thundering Brook (because it fed the famous Thundering Falls below Mount
Pico) as Kent Brook. Today Thundering Falls are one of Vermont's most famous beauty
spots. The sixth tallest waterfall in Vermont, they cascade some 140 feet through
a dramatically narrow cataract.

By 1939, the unrivalled beauty of the area had been recognized by the newly founded
Vermont Parks Department, which bought another portion of Kent Farm and turned it into
the park that now skirts the foot of famous Mount Pico: it was named
Gifford Woods State Park.

Despite all the land that had been sold off down the years, the original farm continued
to exist until as late as 1953. And at that time it was operating as both a dairy farm and
a milling operation. Twenty years later, in 1959, the Vermont Parks Department
purchased yet another portion of the old farm and flooded it as part of their policy
of creating fishing ponds in the region. And so it was that, in 1965, Kent Brook was
dammed to create Kent Pond. It was then stocked with the trout and bass that still
flourish today. And it was opened for fishing.

It was at this time, as the area emerged as one of Vermont's most beautiful leisure
retreats, that the farm's owner, Merle Schoenfeld (who had bought the 75 acres
remaining of the original farm from a man called George Orech in 1959) decided to
turn his venerable New England farmhouse into a small lodge. He called it Mountain
Meadows Lodge and it was soon doing so well that he had begun work on converting
what remained of the original New England Barn into what is now our main lodge. And,
since that time, the lodge has been run, by various different owners, as a much-loved
family holiday retreat and alpine leisure centre.